His blog is called technogoggles.

BA and my digital lifestyle

DS hits half a million users for wifi service

So nice little quilt graphic from Yahoo (Yahoo! Netrospective: 10 years, 100 moments of the Web) for their birthday.

I’m always on the lookout for interesting examples of bloggers making content together, so was chuffed to see Livejournal users have been creating hundreds and hundreds of Batgirls (thanks Boingboing)

I could eat a knob at night

Listening to the old Ricky Gervais podcast thing again. Apparently, after the offhand remark “you could make a dance mix from I could eat a knob at night” the guys received eighty (80!) mix tapes:-) 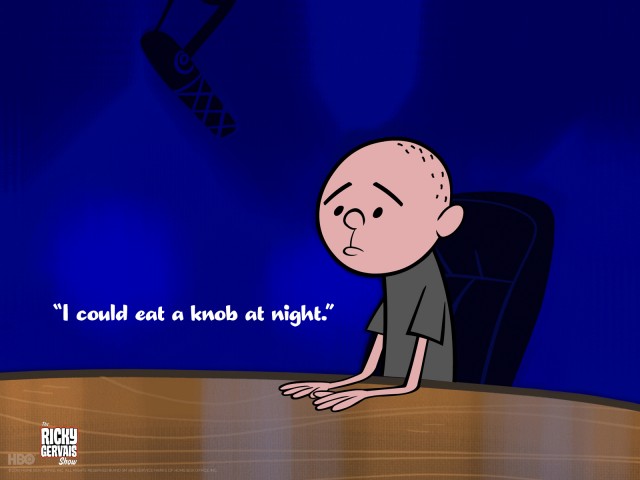 Very excited, have just read a piece on pdafrance.com which claims to have found a reliable screengrab app for the Symbian OS :-)

I know I have absolutely no impact whatsoever on the music publishing industry, but I just wanted to confirm that if any record companies are listening, I will never buy another CD from you guys that has copy prot...

Ads that made it through the net…

Eat a knob at night

Listening to the Ricky Gervais podcast on Guardian Unlimited :-)

Flickr is currently displaying the following header message on all pages:

Dave Sifry asks what are your New Years resolutions?

The caption’s all wrong

Still, does Apoa know she’s got a portrait in the V&A?

There seems to be a spate of online services going awry. Last week it was TypePad suffering a meltdown, and now it’s continued hiccups for del.icio.us

<img src=”http://www.donkeyontheedge.com/images/TPBarf-thumb.gif”” alt=”TypePad is down” height=”154” width=”150” class=”left” style=”float:left” />I just tried to comment on a blog whose author is taking pa...

Well, tomorrow we pack and on Thursday, after more than 10 years on West End Lane, we finally move house.

The sky is dark

I take 100 daft pictures a day with the N70 and ain’t it just typical I don’t have a camera on me today.

Little CU-1 was playing at her friend Sophia’s house yesterday when she came down with some serious temperature. Nicki kept her medicated all afternoon and put her to bed early.

So Firewire is dead?

So apparently, FireWire is on life support–Jason O’Grady asks what our take is on the death of Firewire.

An alternative to SubEthaEdit?

I was doing some research on social software and have just come across Christopher Allen’s blog, Life With Alacrity, and mention of his application SynchroEdit. 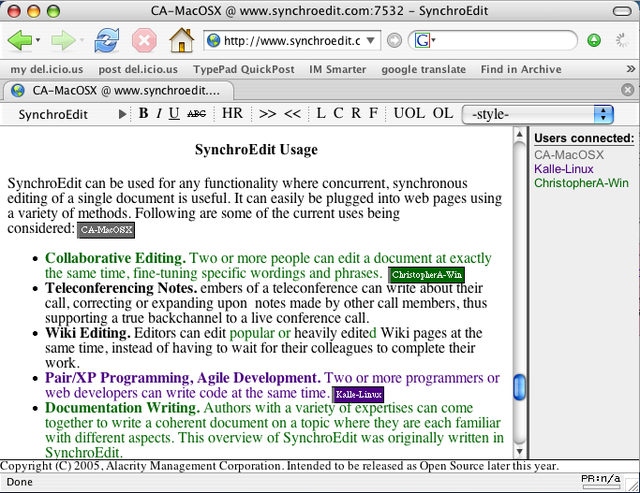 Leslie Harpold’s advent calendar is up.

Not quite perpetual motion?

Can one use the flow created by the cyclical capilary action generated by dipping a cloth in water and letting it evaporate? I’ve no idea, but this guy recons he’s worked out the Cyclical gravity greenhouse liquid...

Yet another worthy initiative is under way by our friends at the w3c. This time they’re looking at the inaccessibility of captcha, those funny images of twisted letters one is often asked to enter when signing up ...

Well, today is the last day of Book Week at CU-1’s school. The kids were asked to go in fancy dress–picking the costume of their favourite character–and little CU-1 has gone as The Little Red Riding Hood:-)

I can’t vouch for her music as I haven’t listened to it, but Jade Leary has just released an album over on the LetterXshop which is unusual in that it respects the rights and fair-use needs of its buyers by avoidi...

Inaugural issue of the Journal of Usability Studies is published

The Journal of Usability Studies (JUS) is a peer-reviewed, international, online publication dedicated to promoting and enhancing the practice, research, and education of usability engineering.

Been reading about the Orange home screen on Symbian phones.

An Open Letter to Sony-BMG

I missed this last week: EFF: An Open Letter to Sony-BMG

So I participated in a Katrina relief charity initiative a few months ago and had largely forgotten about it when what should pop through the letterbox but an enveloppe from Verve stuffed full of lovely jazz cds.

It sort of amazes me that with all the fanfare around CU-1’s birth (readers may rememember the blow-by-blow of her mother’s labour)–and the fact that this blog was initially set up to track the goings on in my hea...