Pointers for the next White House presser... 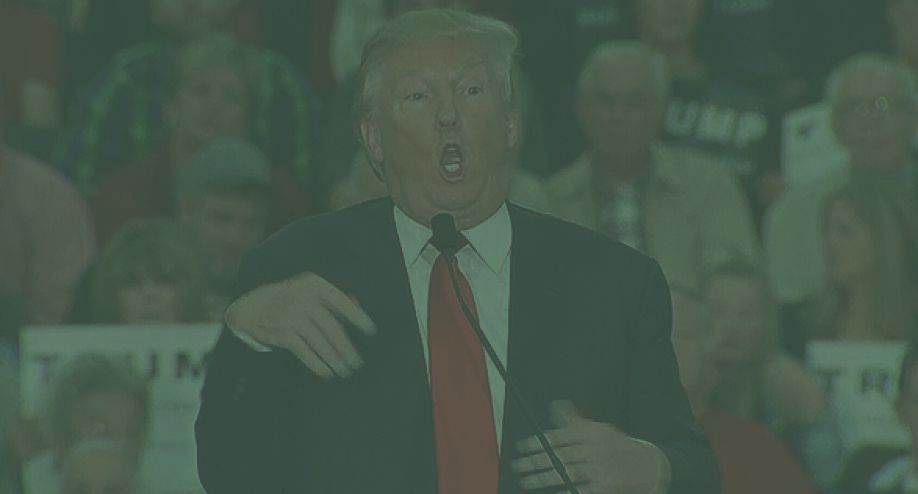 Mr. President, are you saying Nancy Pelosi or indeed the Editor of the New York Times carries the primary responsibility for the safety and security of the American People?

With the Global Neo-liberal Right on our screens so often these days, we’re getting used to the way they gaslight us? 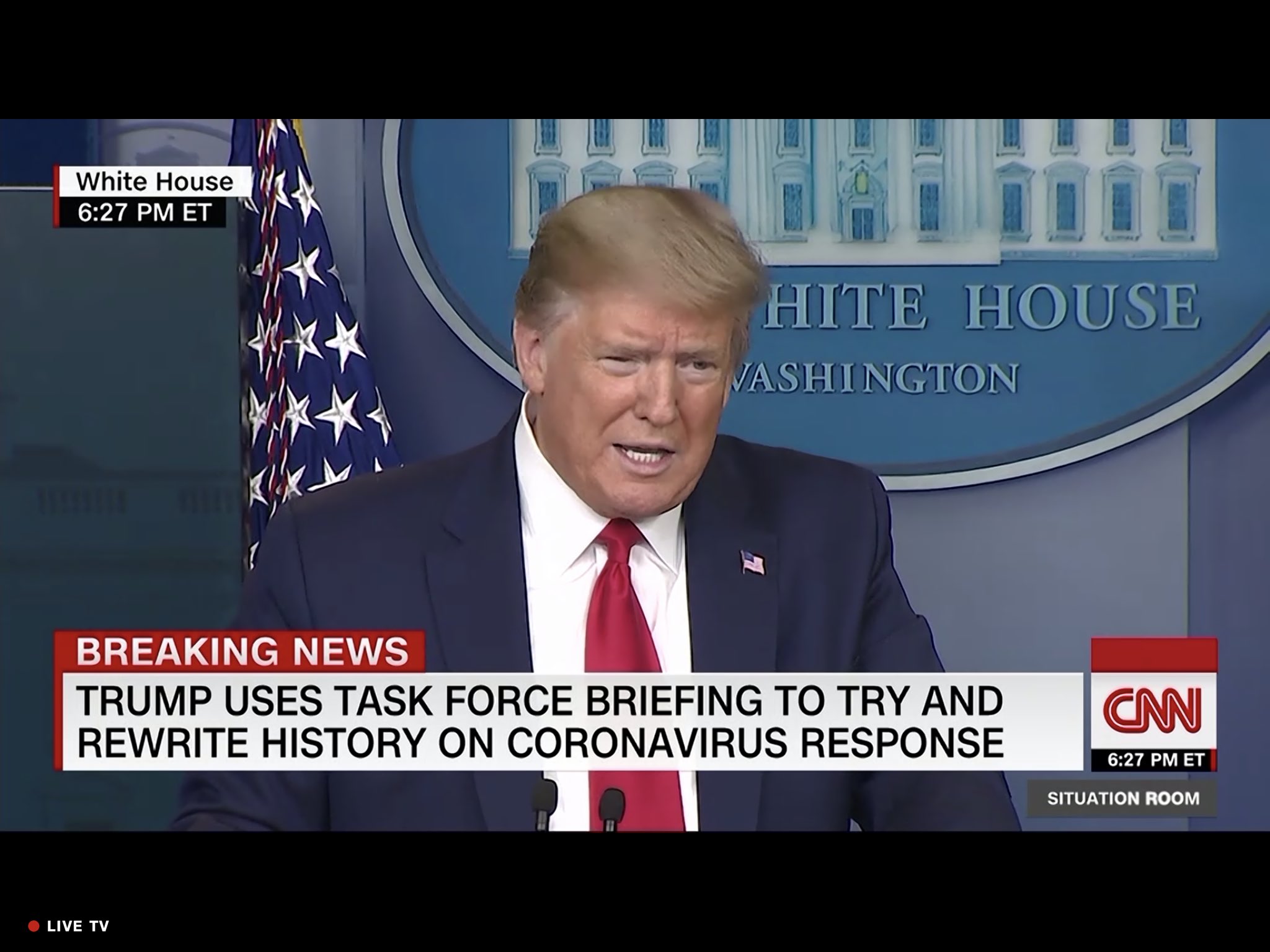 What would have been unthinkable just a few years ago is now standard. Ask one of them a tough question and they respond like a little kid using the “yeah, but what about…” construct 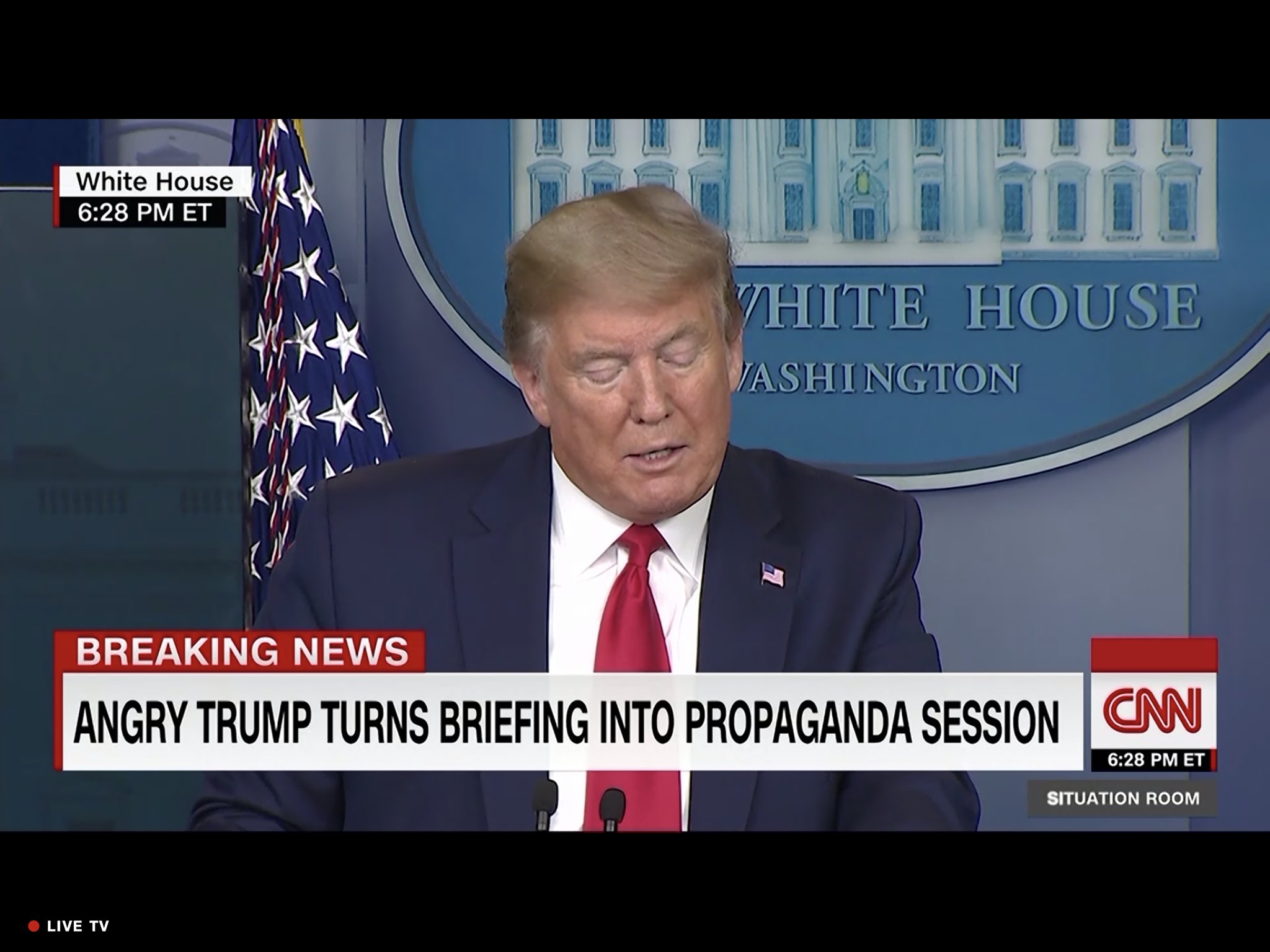 Take this gem for example

“Democrats and the media” really?

The nation is under attack and we look to our leader (you know, the guy sitting behind the “buck stops here” sign) to take action, whether that’s balancing the budget; giving victims a hug; or simply showing some spine and providing a role model for the nation in a time of dire need.

Dude, no one gives a shit about Democrats or the media. We care about our president and are looking to him, not some other guys. 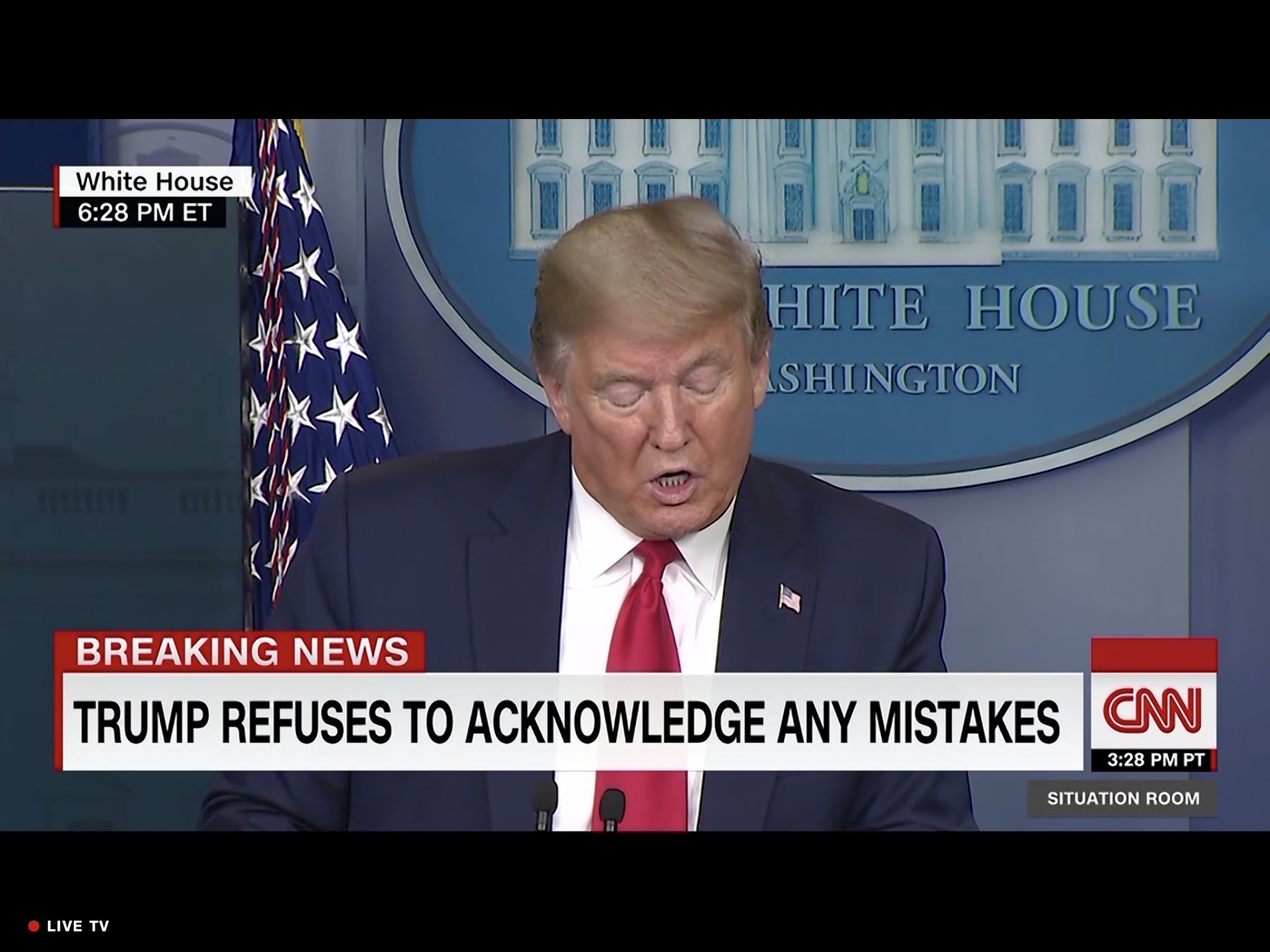 It would be great to confirm the President’s position on a few issues.

Mr. President, are you saying that a unilateral travel ban on tourist flights between two countries would be likely to have an impact on global transmission of the virus? 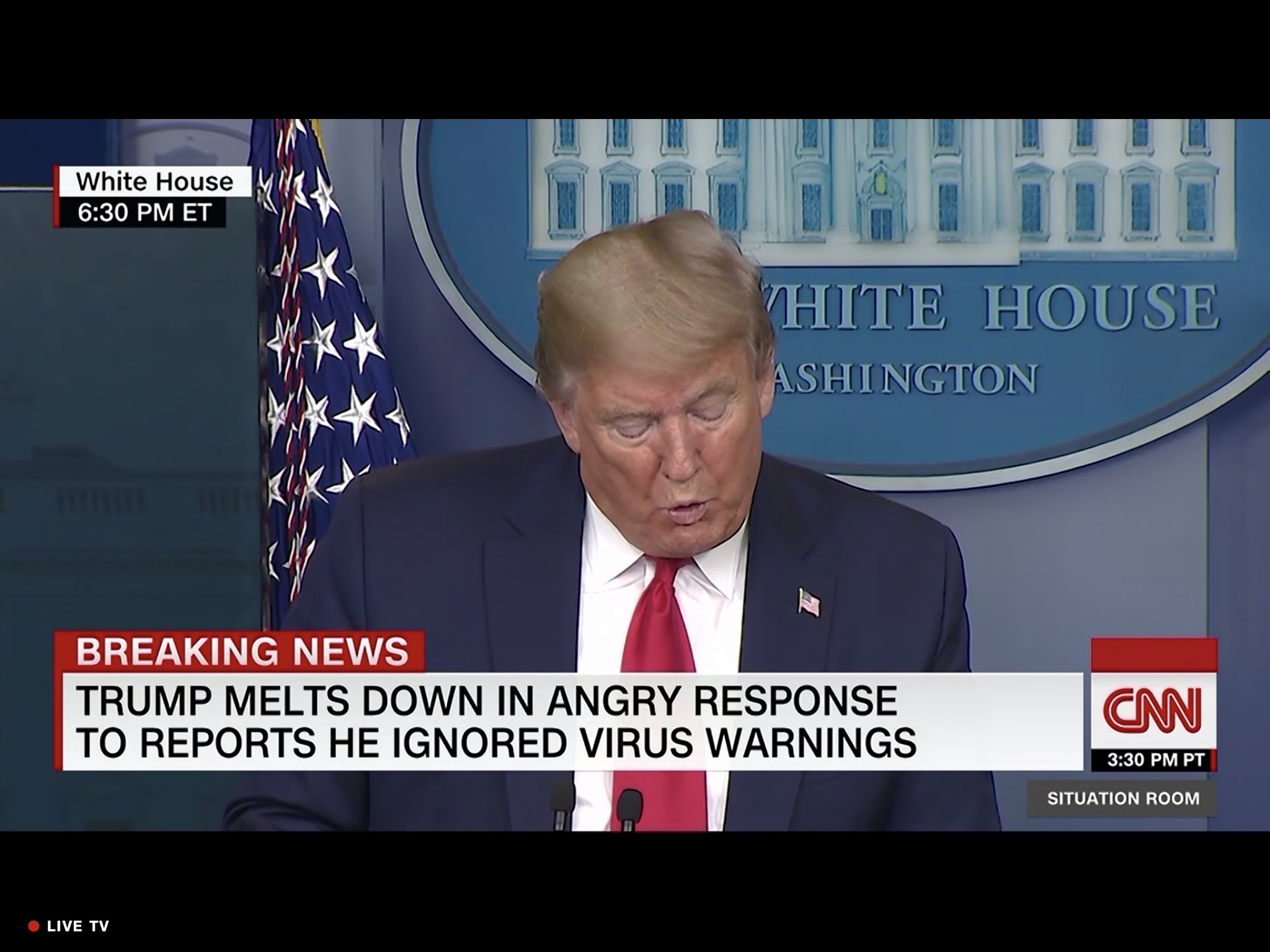 I’m guessing they wouldn’t get a straight answer on that last one either. In any case it’s good to get that out there, I feel much better already…

Mr. President, can you name the Speaker of the United States House of Representatives under JFK? Under president Nixon? Reagan? How about under President Clinton?

I would want to hear that question asked by the press in the briefing room. Can you name them? No, probably not, because it was never their job to be remembered as the person in the driving seat. We remember the office because under normal circumstances, the office matters.

Stay at home, protect the NHS, save lives. Please.

this should go through (another test)