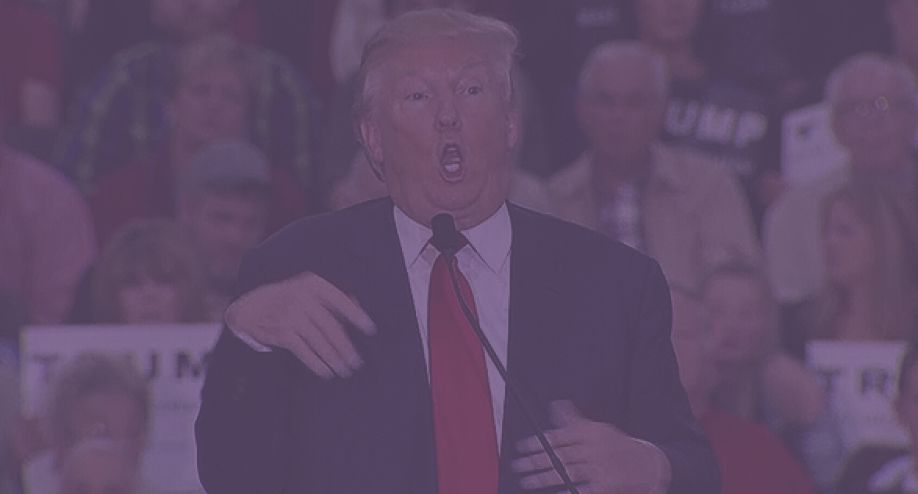 So this thing popped up on Twitter. The letter was attributed to Mötley Crüe’s Tommy Lee but the scan has a Craig Alan Wilkins as the author. Either way, I thought it would be better as text so crawlers could hold the thought forever…

An open letter to the president by Craig Alan Wilkins,

Dear Fucking Lunatic, At your recent press conference – more a word salad that had a stroke and fell down stairs, you were CLEARLY so out of your depth you needed scuba gear. Within minutes of going off air your minions were backpedaling faster than Cirque du Soleil acrobats…

In India a week ago, I couldn’t get past the bit about your being the most popular visitor in the history of fucking India – a country of a Billion human souls that’s only 3000 years old, give or take! Trust me – Gandhi pulled CROWDS. You pulled a cricket stadium and half WALKED out… Do you know how fucking insane you sound, you off-brand butt plug? That’s like the geopolitical equivalent of “that stripper really likes me” – only 10,000 time crazier and less self aware.

You are fucking exhausting. Every day is a natural experiment in determining how long 300 million people can resist coring out their own assholes with an ice auger. Every time I hear a snippet of your Queens-tinged banshee larynx farts I want to scream!

We are fucking tired.

As bad as we all thought your presidency would be when Putin got you elected, it has been inestimably worse. You called a hostile, nuclear-armed head of state “short and fat” how the fuck does that help? You accused a woman – a former friend of yours no less – of showing up at your resort bleeding from the face and begging you to let her in… You, you, YOU – the guy who looks like a Christmas haggis inexplicably brought to life by Frosty’s magic hat – yes, you of all people said that. You attempted – with evident fucking glee – to get 24 million people thrown off their health insurance. You gave billions away to corporations and the already wealthy while simultaneously telling struggling poor people that were doing the exact opposite. You endorsed a pedophile, praised brutal dictators, and defended LITERAL FUCKING NAZIS!

Ninety-nine percent of everything you say is either false, crazy, incoherent, just plain cruel, or a rancid paella of all four. Oh, by the way, Puerto Rico is still FUBAR. You got yourself and your family billions in tax breaks for Christmas. What do they get? More paper towels? Enough, enough, enough, enough! For the love of God and all that is holy, good and pure, would you please, finally and forever, shut your feculent KFC-hole until you have something valuable – or even marginally civil – to say?

You are a fried dick sandwich with a side of schlongs. If Chlamydia and Gonorrhea had a son, you’d appoint him HHS secretary. You are a disgraceful, pustular hot stew full of casuistry, god-awful ideas, unintelligible non-sequitur and malignant rage. You are the perfect circus orangutan diaper from Plato’s World of Forms.

So fuck you mr. president. And fuck you forever.

Oh and Pence, you oleaginous house ferret, fuck you too. You’ll be as useful as a chocolate teapot against a medical crisis you Bible-thumping cock-socket.

There, that feels better…

Stay at home, protect the NHS, save lives. Please.

My first job in digital.
Pointers for the next White House presser...