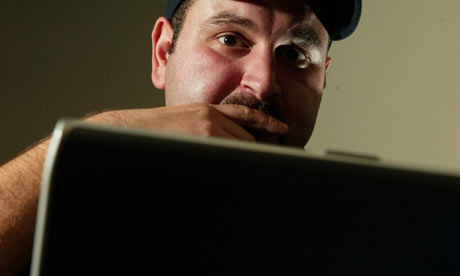 Got this interesting comment in the post today re the Sony shock and awe story from outlaw.com

hi dug–re your post on sony withdrawing application for ‘shock & awe’ line–what i find offensive is that a modern-day president would use such a flippant, sensationalist, rabble-rousing phrase about his plans to invade another country. And that’s whether you agree with the war or not - let’s have a little decency and respect for the soldiers & civilians on both sides, eh, and treat the subject with the solemnity that is due?

sony using it? i have no problem with. it’s the kind of phrase I would expect from a company making games. shame the media didn’t focus on the original use of it, rather than the rehash. catherine.

I couldn’t agree more. I had started writing a post about the Salam Pax article in The Guardian but found myself getting all frothed up again so decided to stop. In a nutshell, the interesting point of the article isn’t so much that Salam is gay, or middle-class or even a geek–the beauty of the piece (and by extension his blog) is that it reminds us that Iraq is a proper country with decent, ordinary people who care about the same things we do and go about their lives in a broadly similar way to us. We invaded a sovereign nation, and there just isn’t any way around that. Finally (as I’ve drifted a bit here) I just wanted to add that Catherine does not agree with me here and it isn’t my intention to speak for her – her point was about the behaviour of the US executive, not the right-or-wrong of the war itself…

Catherine has also reminded me that I need to fix the picture-uploader as I have no recent pics of CU-1 in the scrapbook – Thanks Catherine:-)