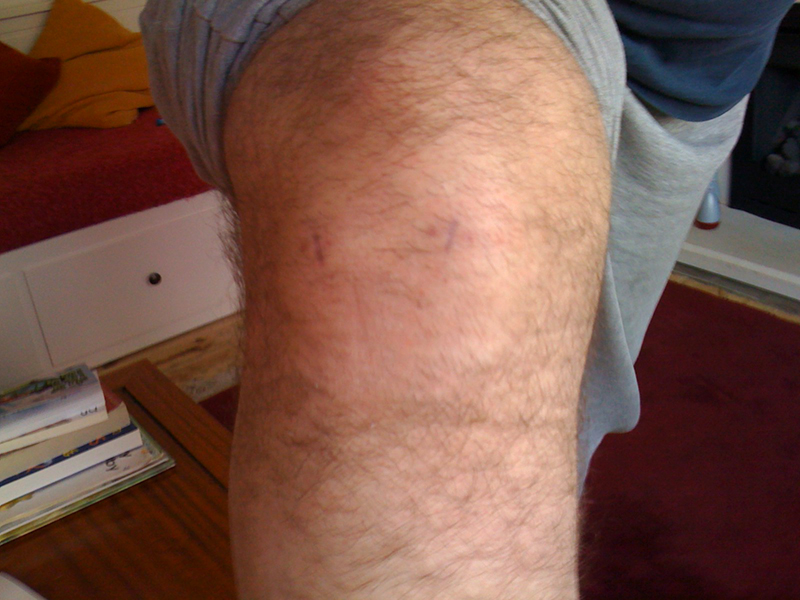 John offered me this fantastic arthroscopy footage after my operation. The arthroscope is hooked up to a video encoder which captures live footage for post-operative review. When I first received the disk it was just raw footage. After hearing about the number of arthroscopies on YouTube, John (who is not only a world-leading Orthopaedic surgeon but a painter, internet guru, web marketer and now film editor and voice-over artist) decided to have a go at an edited version.

The result is a complete transformation, a view of the whole op from me on very powerful drugs to the final phases of the joint smoothing, the whole thing narrated by the two doctors.

Oh, and before I forget, John was mortified by my earlier “before and after” pictures. He wanted me to point out that the surgery is very non-invasive and the recovery is usually very speedy. The shot of my knee was taken roughly two weeks after the operation, the stitches are out and you can barely see the entry wounds…