What does an R1200GS Adventure look like with 4 wheels?

Things started in earnest once I left home with my first ‘proper’ bike, a 1975 Bultaco Sherpa bought from a farmer in Cairns. After that, I lived and traveled with Baby, a black KZ1000J2. I still remember the first night I saw her. Took a bus to way the hell out in New Jersey somewhere and looked at her in the guy’s driveway. He turned the key and the dash lights light up the open garage with this glow. I just had to have her:-)

When I moved to the UK in 1988 Baby took the boat to Liverpool. When she eventually gave up the ghost I bought another Classic Jap (Z400 - it behaved like a triumph, used to lose its mufflers in corners) and eventually ended up discovering the BMW GS. The GS was great, it focused on the journey, always getting through to its destination, a bike to drive around the world on. I wanted to be able to ride reliably, not having to switch to a car when a bit of rain started. It wasn’t light or fast but it handled beautifully, had great brakes and a very low center of gravity (thank you opposed twin) and was comfortable even on multi-hour motorway trips.

I’ve now owned three GSes and have been riding them for Fourteen years. The most recent one was a 2006 R1200GS Adventure, the basic GS with knobblies, a taller first gear, poor quality fuel chipping, luggage, tall windscreen, headlamp protectors and aux lights. Lovely thing, rode it every day, rain or shine. It did particularly well in the snow.

Also, at this point if you’ve made it here after Googling R1200GS I should thank Kevin and Steve at SBW Motorrad in Hertforshire who have looked after me with love and care (and high-reliability servicing for many years:-)

So in January I was hit by a car doing a u-turn. I was on life support for a week and it was pretty intense. I had a brain contusion from where (I’ve reconstructed) my head impacted the car’s roof (thank you Mr Shoei, I’d not be here without your good efforts), eight ribs (including #1) were broken in multiple places (leaving me with several flail segments) as well as a collarbone shattered into 5 pieces and a torn lung and resulting hemothorax–nasty that, once your lung is punctured you can’t breath and your chest cavity fills with fluid and you die very quickly if the first responders don’t make it to you quickly. As it happened, my accident happened right behind a fire station so my treatment was ace:-)

So after riding a bike for many many years it looks like I’m going to hang up my helmet for a few years (until the kids are grown?) and buy my first car. Normally I’m not a big fan of cars so I was trying to find a four-wheel equivalent to my trusty GS. I can’t drive right now because of my injuries but hopefully I will soon and so I thought I’d give one of these a home: 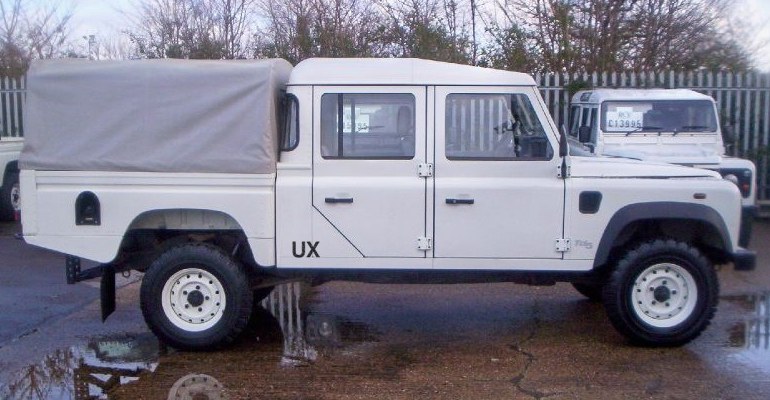 We’ll see how it works out. We’re off to the beach this summer so hopefully this thing will manage a bunch of little people with canoes and bicycles:-)