The other side of a shiny new coin 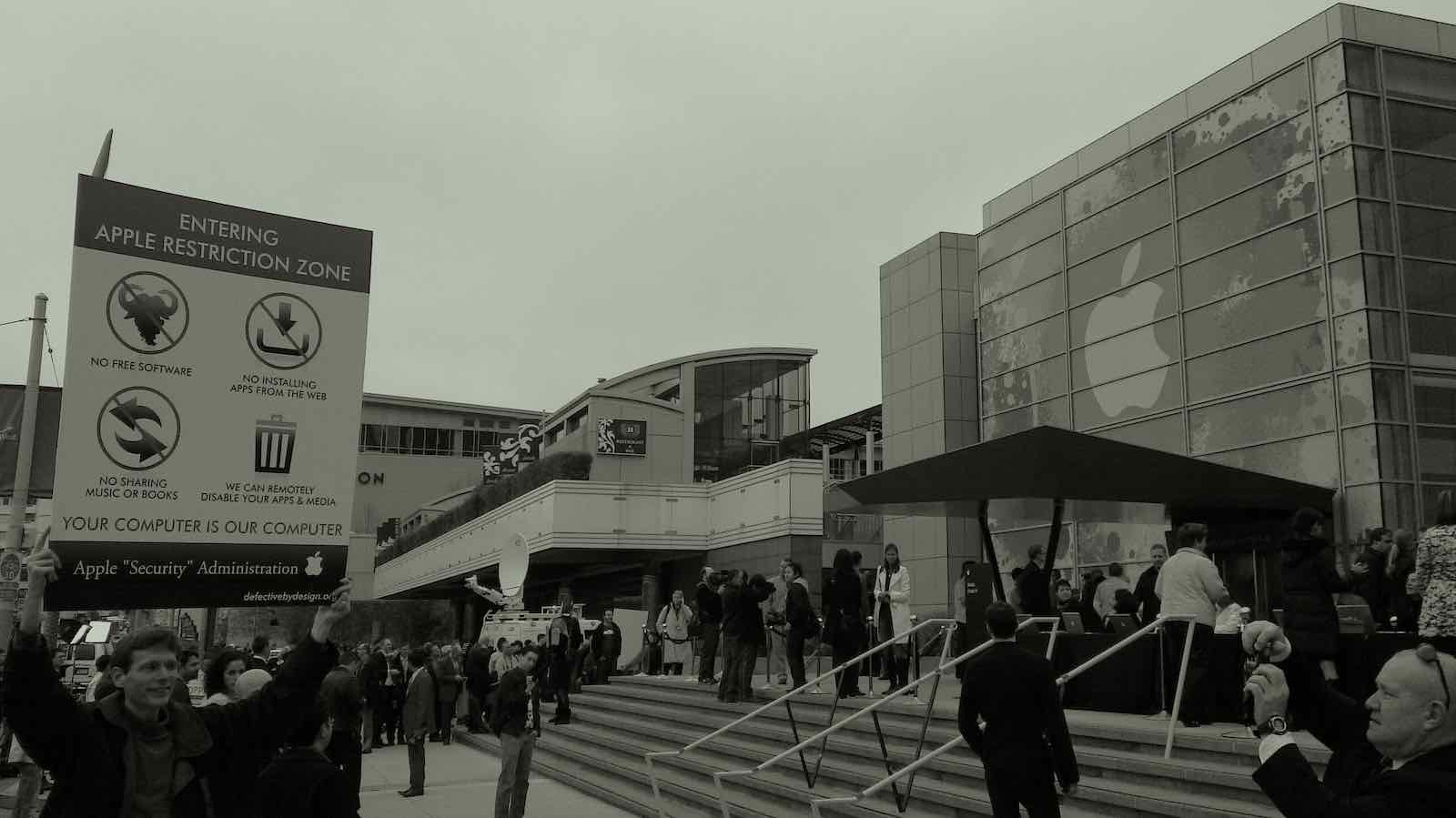 The Free Software Foundation has been running the defectivebydesign.org campaign for a number of years now, so it’s no surprise they set up a protest camp outside the Yerba Buena centre yesterday.

The group set up what it labeled “Apple Restriction Zones” along the approaches to the Yerba Buena Center in San Francisco, informing journalists of the rights they would have to give up to Apple before proceeding inside.

That said, they’re still spot on and we should all be asking manufacturers to respect our fair-use rights under existing copyright law. The FSF put it like this in their newsletter this morning:

DRM is used by Apple to restrict users’ freedom in a variety of ways, including blocking installation of software that comes from anywhere except the official Application Store, and regulating every use of movies downloaded from iTunes. Apple furthermore claims that circumventing these restrictions is a criminal offense, even for purposes that are permitted by copyright law. Organizing the protest, Free Software Foundation (FSF) operations manager John Sullivan said, “Our Defective by Design campaign has a successful history of targeting Apple over its DRM policies. We organized actions and protests targeting iTunes music DRM outside Apple stores, and under the pressure Steve Jobs dropped DRM on music. We’re here today to send the same message about the other restrictions Apple is imposing on software, ebooks, and movies. If Jobs and Apple are actually committed to creativity, freedom, and individuality, they should prove it by eliminating the restrictions that make creativity and freedom illegal.

The group is asking citizens to sign a petition calling on Steve Jobs to remove DRM from Apple devices. The petition can be found at: http://www.defectivebydesign.org/ipad

I’m signing it and I hope you will too.

The platform as orifice?
Can I just quote Stephen Fry on Stephen Jobs please?