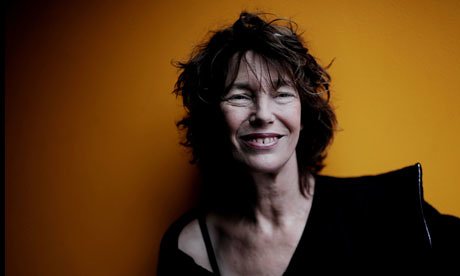 Saw Jane Birkin at the Barbican last night (she was also the subjet of my first blog post). I love the way events select their crowd. I don’t think the Barbican has seen this many Gitannes smoking ex hippies, crusties, mods and son-of-sartre wanabees in a long time.

In theory, the music could have been good, but Djamel Benyelles’ Maghrebin lounge sounds were just that little bit to crappy French pop music (lots of reverb on the violin). A great sound in the bar at Costes, not so hot for two hours in the Barbican. That said, the show was magic. Two thirds of the audience was French and there was a palpable feeling that Serge was somehow in the room with us.

Halfway through the gig a frumpy woman in an ankle-length tweed skirt freaked out and ran on stage to hug Jane. Groovy as ever, she stopped the two security chaps from chucking the woman off and instead gently guided her down the steps at the side of the stage herself (this probably happens everytime she does this gig).