It’s amazing how quickly your entire life can collapse 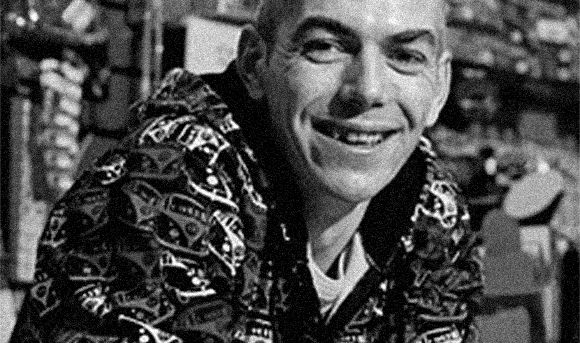 I’m finding it hard to raise funds for the Prince’s Trust and part of it is that Americans see the “Prince” in the title and assume the money goes to the Queen… Here’s the story of Craig, a young person whose life went downhill from almost day one. The trust is all about teaching a man to fish so here’s his story

At seven-years-old Craig Earley, from Nottingham, lost his dad in a devastating road accident. By his teens he was regularly taking drugs. At 16, he left school with no qualifications and a few years later he found himself in prison. Craig, determined to get back on track, turned to the Prince’s Trust and their Enterprise Programme.

His three year sentence gave him time to reflect on what he wanted from life. After his release Craig met his future wife. Things were nearly back on track when Craig was involved in a serious car accident that left him wheelchair-bound for a year. After numerous operations, his leg could not be saved, and it was amputated below the knee.

Craig was not yet ready to give up, and after the birth of his son a year later, he approached The Prince’s Trust about their Enterprise programme. After lots of hard work and willpower, Craig opened Happy Daze, a shop selling ethnic and alternative goods such as clothing, accessories, jewellery and gifts.

Craig is completely up to date with all his loan repayments and is thrilled to be finally doing something he enjoys.

Hiya, life goes like this. Step 1: Get out of bed. Step 2: Make things better:-)
Tunde 24/7
Kasper the friendly GHOST