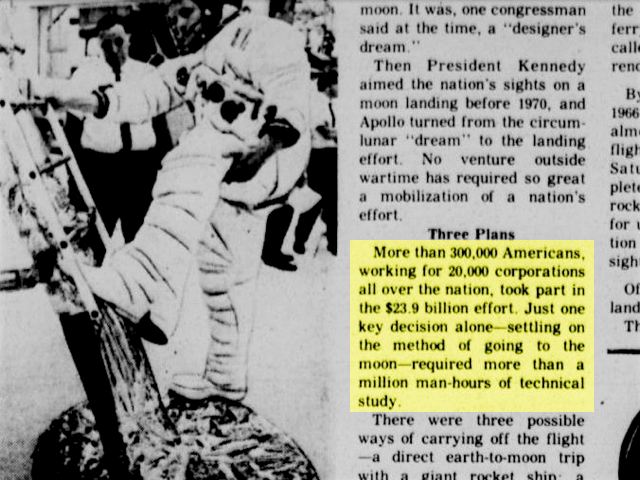 Previous slide Slide 31 of 44 Next slide

It’s the anniversary of the moon landing. The Eagle landed about a month shy of 40 years ago today. A magnificent thing.

How much effort did it take? This is a newspaper article from the time, talking about one part of it.

“More than 300,000 Americans, working for 20,000 corporations all over the nation, took part in the $23.9 billion effort. Just one key decision alone – settling on the method of going to the moon – required more than a million man-hours of technical study.”

So let’s say the moon landing was on the order of a hundred million man-hours.

Previous slide Slide 31 of 44 Next slide