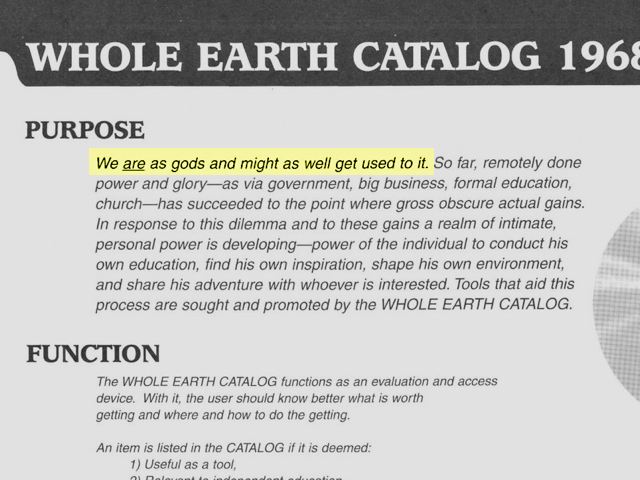 Previous slide Slide 24 of 44 Next slide

His publication, the Whole Earth Catalog, which started in 1969 and took knowledge of complex processes and tools to groups of people trying new ways of living together, all over America, building where they lived and living in what they built, he opened with these words:

“We are as gods and might as well get good at it.”

It’s truer now than it’s ever been. It amazes me that my company, only four permanent people on staff, can produce an electronic model of all of Manhattan just to try out an new idea with maps. Or we can make gadgets out of plastic and electronics. I mean, we’re tiny.

Previous slide Slide 24 of 44 Next slide