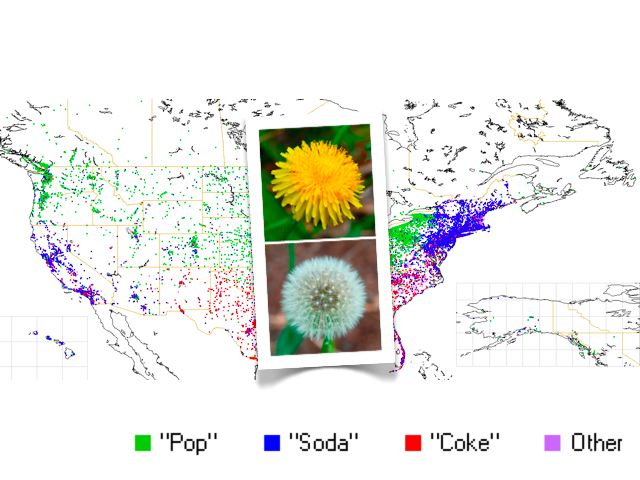 Previous slide Slide 18 of 44 Next slide

...these fellas, and apparently dandelions are genetically identical. That means, in natural selection terms, when a dandelion works to survive, it doesn’t matter whether this particular flower or that particular flower survives, because after all they’re the same individual. You know, it’s like there’s a single individual which is flowering all over the place, and just because they’re not physically attached it doesn’t mean they’re not the same thing. A bit like all MP3s of a song are all identical. It doesn’t matter which one you have.

Anyway, it turns out that not all dandelions are identical. Each dandelion is a limb of a different individual, but not very many of them.

“there may be as few as four individual dandelions competing with each other for the territory of the whole of North America.”

It changes the way you look at things, right? It’s a macroscope. To see a flower and to see the continent all at once.

Previous slide Slide 18 of 44 Next slide