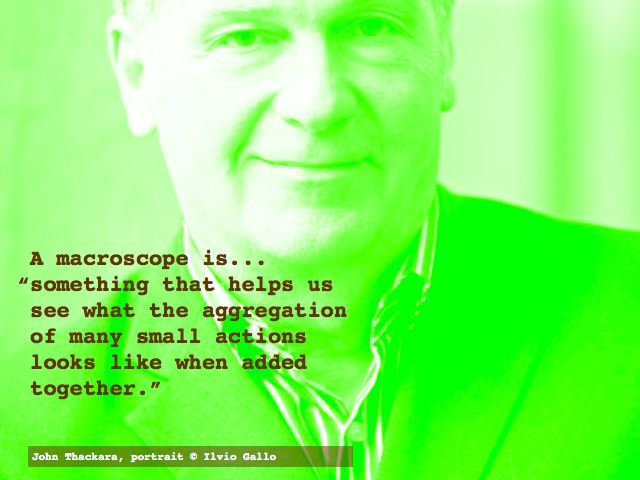 Previous slide Slide 14 of 44 Next slide

I’d say this focusing is an important component of what, another designer, John Thackara calls a macroscope.

“A macroscope is something that helps us see what the aggregation of many small actions looks like when added together.”

Scientists have microscopes. Astronomers and peeping toms have telescopes. Designers, in order to see the very big, in order to see culture, which is much bigger than any one of us personally, have macroscopes.

Previous slide Slide 14 of 44 Next slide