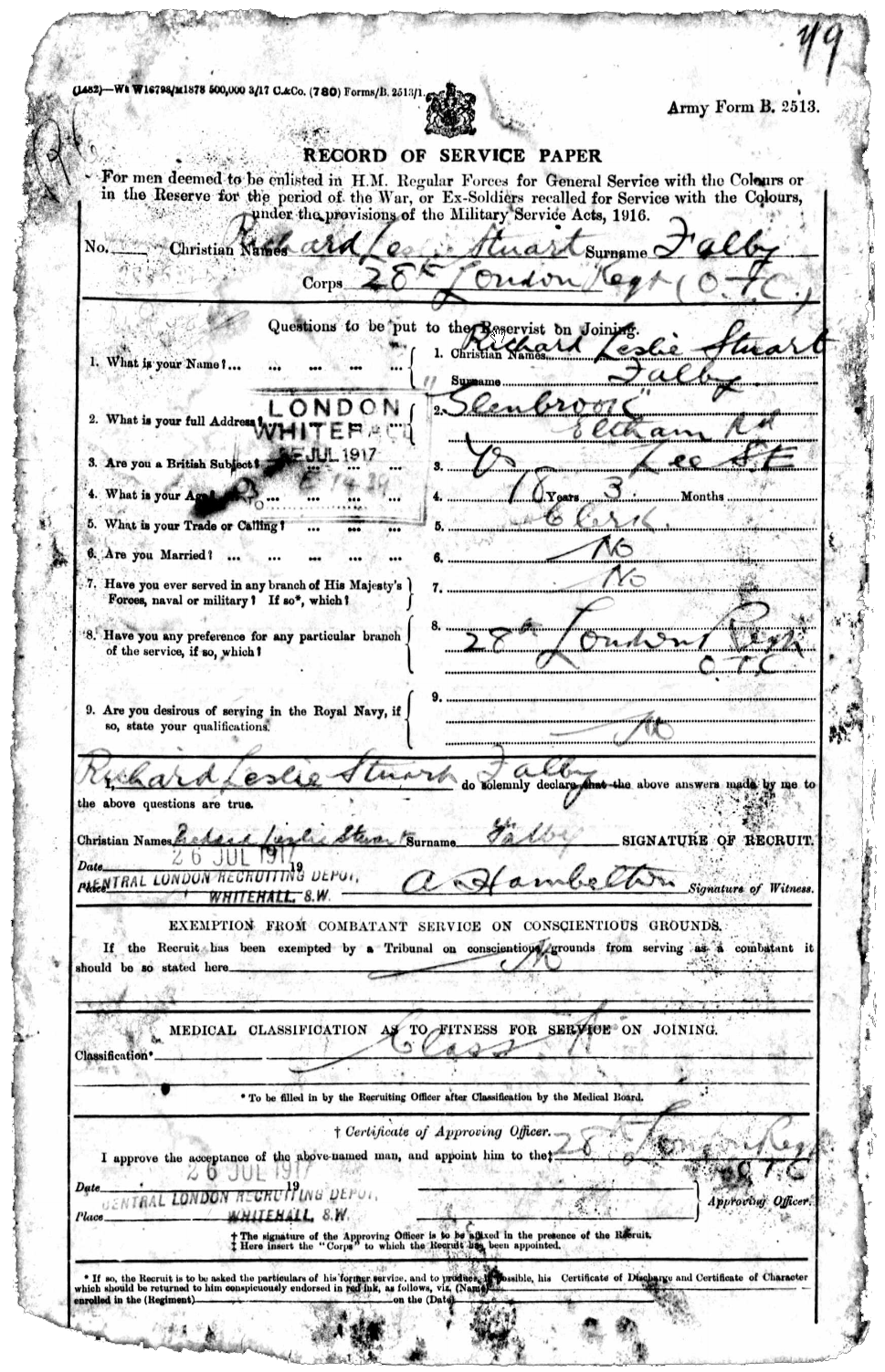 So last year I was able to post Fred’s letters from the trenches. This year I thought I’d remember Aunt Polly. She had four boys: Eddie; Frederick; Richard and Artie.

Ed and his brother Fred enlisted at the start of the war in 1914. Eddie was vapourised by artillery fire in Delville Wood on the 9th of September 1916. Polly had prints of his portrait in uniform made, dedicated them “He died that we may live” and sent them to family and (I can only imagine) friends.

Fred was wounded but I’m not sure of the details. He is marked as eligible for the SWB List which means he would have been discharged with a “services rendered” pin. Richard, Polly’s third boy, then enlisted on 26 July 1917:

I guess the point of this ramble is just to imaging how Polly must have felt with her eldest disappearing eleven months before, her next injured and now a third boy signing up? I can’t begin to imagine how that must have hurt.

So today I spend my two minutes thinking about her.